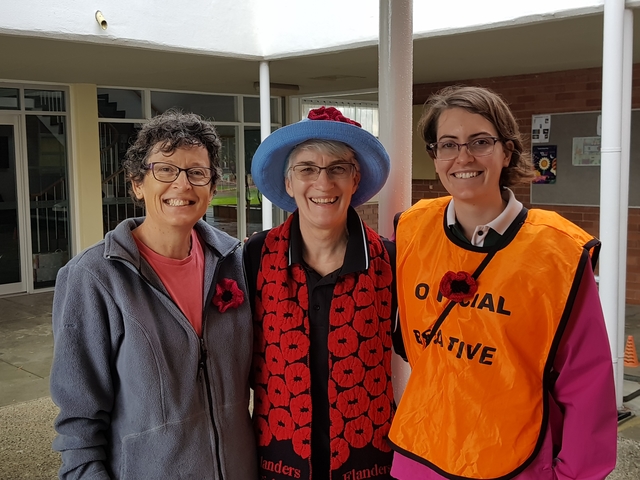 Rain Schmain! Over 80 orienteers ignored the rain and had a great time zipping between buildings, around flower beds, up and down stairs and galloping across the lawns at the Three Poppies Navdash held at John Curtin College of the Arts. As an added challenge, competitors were asked to 'Count the poppies' attached at random to the controls while running their courses. The three winners of Count the Poppies - Shaun, Ellie and Joseph each took home a punnet of poppy seedlings and a pumpkin!

The Three Poppies (Daisy, Christine and Rosie) thank the following people for helping make the day a success. Noel - for updating the map twice, Liane Hadlow for helping us access the area, McCTeam (Cameron, Jane and Melinda) for managing the computer and the wonderful control collectors and packer uppers (Carol, Ken, Anne and Graham).

Lastly, at the event the WOW Convenor announced the winner of the competition to make the most number of words using only the letters in Wullundigong. Who knew that Dowling could be found in a WOW word! For his mastery of the English Language and outstanding humour in carefully providing a definition of each word - Graham Harris also took home a punnet of poppies and a pumpkin. He managed to find 135 words! More details on the competition will be released by the WOW convenor when she wakes up from a very long, restful nap.