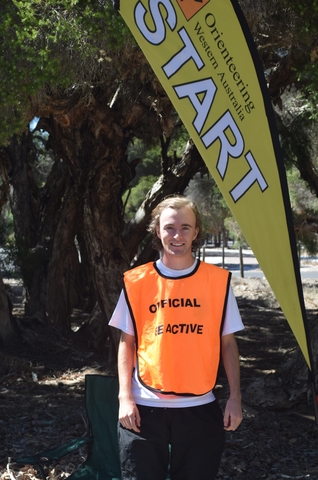 A trio of youth were responsible for the first NavDash of 2018 in the busy setting of Whiteman Park. Oliver Martin with Sarah Richards and Shaun Richards took the lead yesterday setting their first event.

A great team effort by this young group from the WOW club. All under 20, Shaun and Sarah still at school, this was a day where the juniors took over the duties.

The WOW AGM and the Orienteering WA AGM were also held in the pleasant, shady picnic spot that doubled as the registration and finish area. A busy day at the popular park on the edge of the swan valley.
Orienteers ducked amongst the picnickers and wildlife park visitors as they visited well placed, precise control sites.

Thanks to the setters, and their parents who supported them on the days and with driving duties, to the WOW club helpers on meet and greet for the many people giving orienteering a try and to the control collectors who rounded up the controls at the end of the event.