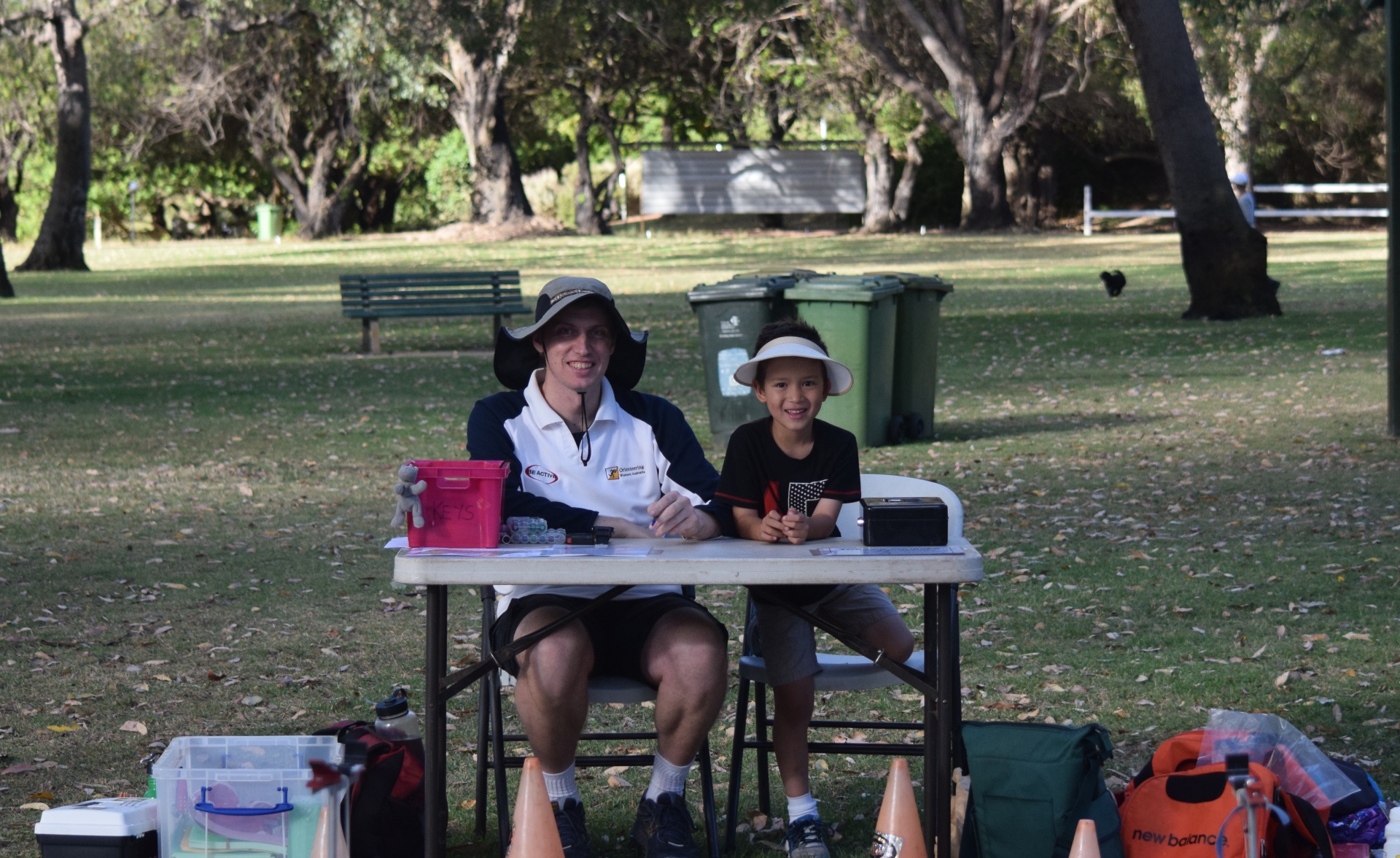 The Sandy Bay reserve provided an excellent base for the Metro Series this week. Many orienteers were down by the river enjoying sandy beach, parklands and surrounds. With over 75 entries and many groups there were lots of dogs, teams, kids and bike riders all enjoying the event which was very well set by Sten Claessens.

The winner’s maps, on the Orienteering WA Facebook page, tell the story with many route choices possible. As ever, the medium course with 17 controls out of 28 proved a challenge in decision making while bike riders needed to also consider the ridable routes, with a range of controls on the river side tracks.

Thanks to Deavi and Ruben Claessens for helping out at the registration table, Helen Post who handled meeting, greeting and briefing newcomers and Nicole Davis for event photography.

Many willing control collectors were available this week, much to delight of the setter. He even had to send one volunteer away empty handed! Thanks to Veronika Vavrova, Codey Yates, Dave Pass, Cameron Duncan, Heike Behrbohm, Richard Begley, Debbie McKay and Natasha Sparg who quickly handled bringing in the controls.

If you have time, help is always appreciated by the setters at a Metro Series event either with pre-start assistance to newcomers and briefings or with control collection and packing up the gear. A few willing hands each week makes the organisers job much easier!