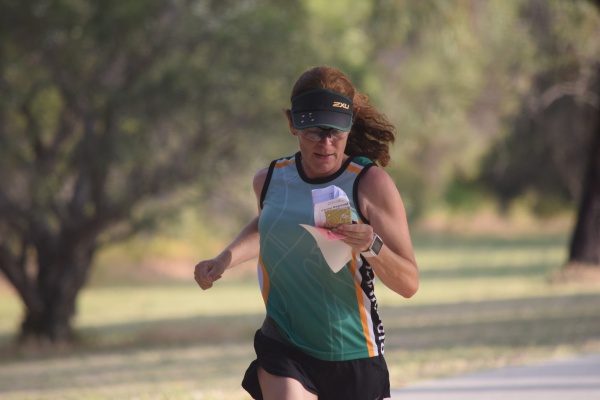 After the score event at Samson it was back to a scatter this week at Carine and with many controls close to the start the crowd scattered in all directions. A popular choice for many people was to include a loop of the lake in their route enjoying the wetlands and parkwide trails.

With many closely set controls it was a challenging day to pick an optimal route on the medium course, which needed 18 of the 28 controls. The Long course need 27 from the 28, posing the interesting problem of which was the best to leave out

Thank you to setter Wayne Eliot, the Maynard's and Ken Dalton for set up of the event, Helen Post for the novice briefing and Carol and Ken Brownlie who with Sten helped pack up. Control collectors were Hadrien, Eleanor, Jennifer, Adam Binks and Ken Dalton