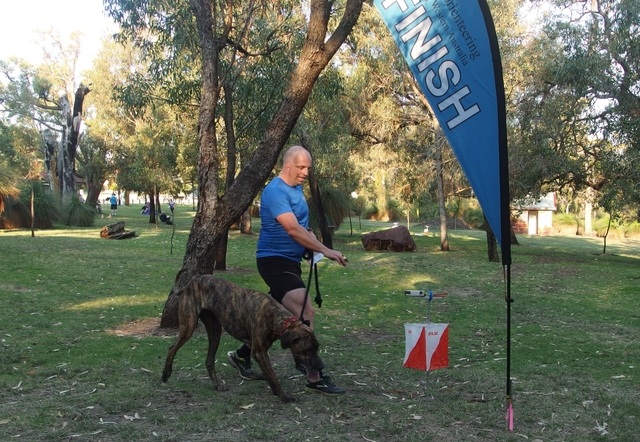 The first score event of the season, and second Metro event for the 2017 – 2018 program, saw over 70 people navigating their way around the streets, parks, hills and small area of bushland in the bright sunshine at Sir Frederick Samson Park. The variety of terrain and multiple route choice options made for a challenging and enjoyable event. Runners, walkers, families, dogs and bikes all enjoyed the course set by Ricky Thackray.

The longer 60 minute time limit allowed people to explore further than would normally be possible at a scatter event.  Of all the participants, only two managed to clear the course on foot and one on the bike. The time gap between the top two finishers, Sten and Alexandra was just 36 secs after both completed the entire course and covering 12 kms, with only fifty metres difference in distance, yet they both selected entirely different routes! Congratulations to everyone for getting around.

Thanks go to Richard B & Debbie M, Rob B, Adam B, Tash S and Graeme H for control collecting and to Wayne and the Dale family for helping pack up. Thanks also to Ricky for another tRicky course and the new map.