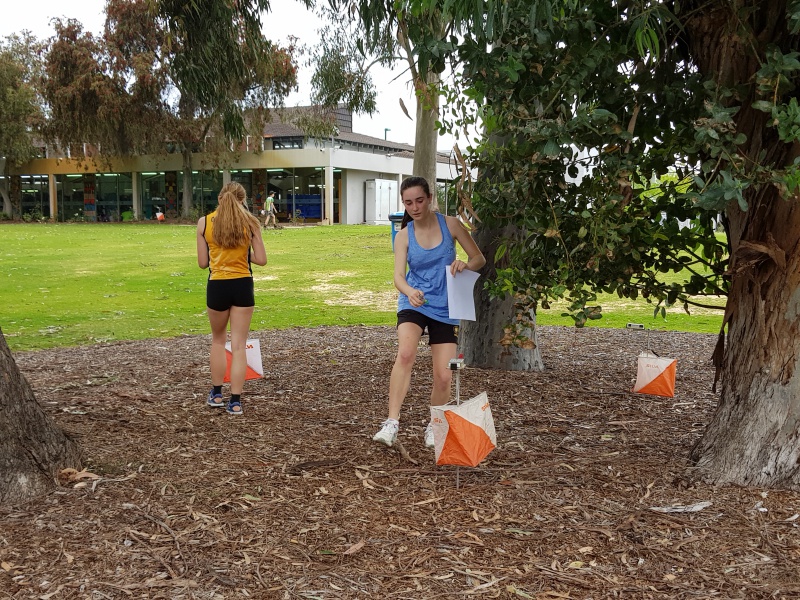 We had a spectacular day for the first event to kick off the 'summer' season of orienteering with a different style of event, an ultra-sprint at the glorious parklands of Faulkner Park. This venue had massive grassed areas, buildings, gardens, lakes and various other features to locate controls around.

The idea was for runners to complete three short courses but with a twist - there were no control descriptions and no numbers on the map. Participants had to locate controls using only a focus point in the centre of the circle and to make things more tricky, there were typically several controls within sight of the one you wanted at a nearby similar feature (or even the same one) so you had to remain focused!

Of the almost 80 attendees, 15 people had three completely clean runs. Missing a control on your course only resulted in a time penalty and despite problems with the course software on the day (due to human error!), the results were posted by that afternoon and much discussion was had at the OWA dinner later in the evening about punching incorrect controls. With experience now we hope to run another event next year with fewer hiccups!

Thanks to Jack, Sue, Tash, Carol, Ken, Lois, Rob, Rachel, Craig and Graham H for collecting the 70(!) controls and helping pack up, to Tash for assisting with putting out controls and to Ricky for course setting and drawing the extremely detailed map.