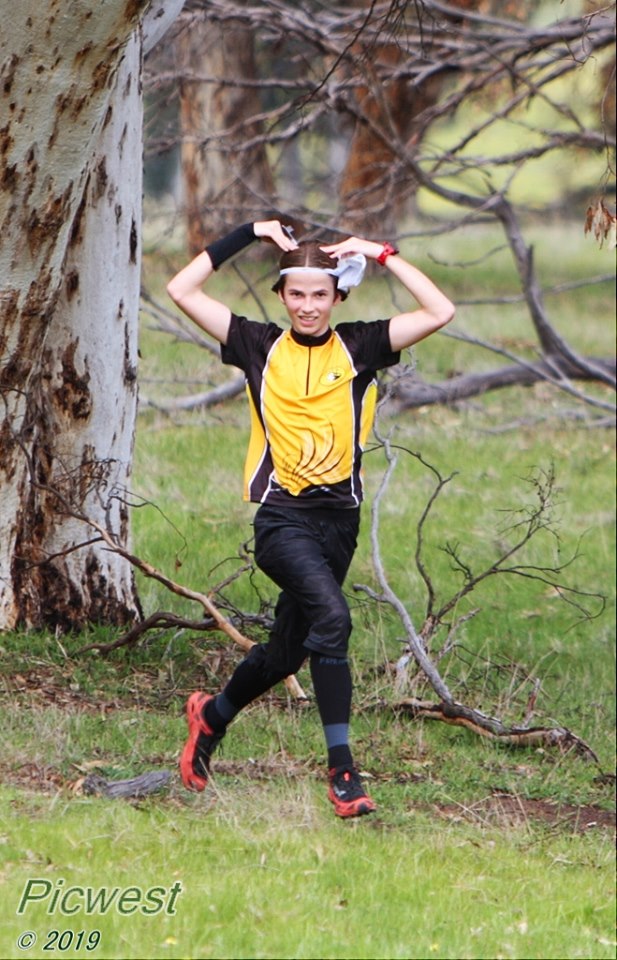 Sixty-nine orienteers travelled to Gunapin Ridge to enjoy a great (if not the great) area for orienteering in WA. A beautiful, cool day greeted the competitors, there was no rain in sight.  I planned eight courses with the view that a sprint championship and a long distance championship were in the offing next weekend. Apart from one control, #126, that was misplaced, many competitors commented that they were happy with the variety of courses and the challenge that they presented.

Thanks go to John Major the,Controller, Brian Austin, the Organiser, Anne Austin, the Instructor and a big team of control collectors including The Junior Squad - too numerous to mention individually - Ken and Helen Post, Chris Howitt, Brian Austin, Peter and Jenny Komyshan and Carol Brownlie.

The Junior training squad were in fine form – enthusiastically doing their “normal” courses under the watchful eye of coach Rachel, but after some lying around on the grass soaking up sun and advice on how to get around a course quicker, went out on their coaching run.  Well done and thanks kids! (And Coach Rachel).

Results are available on Eventor.
Photos are on the OWA Facebook page.