We are very pleased to announce that Ricky is the 2017 recipient of the David Hogg award for services to Event Management. 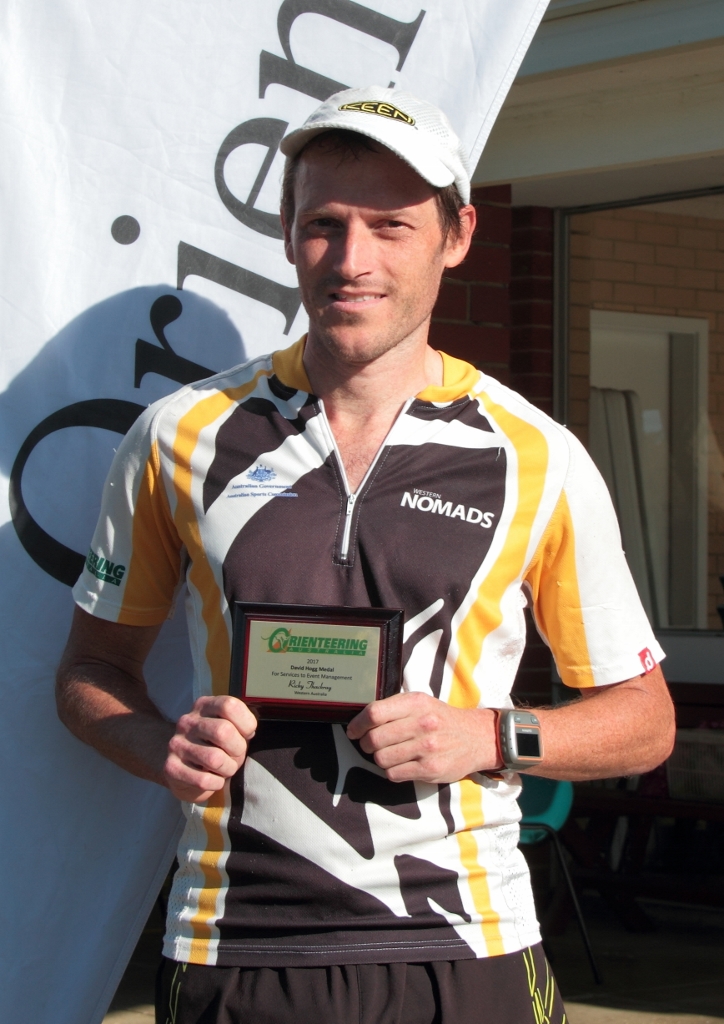 The successful 2016 National MTBO carnival in Dwellingup was just the latest in a string of organisational efforts for MTBO that had Ricky as the driving force. Ricky is not just a Australian representative for MTBO he has also been the convenor for WA MTBO since 2008 and is actively involved in mapping and setting events for MTBO, the Metro Series and for Sprint events.

The David Hogg award is a national award that recognises the work of orienteers who contribute to the staging of orienteering events in Australia at club, State association and national/international level over a period of many years.

Congratulations Ricky and thank you so much for your contribution to Orienteering.