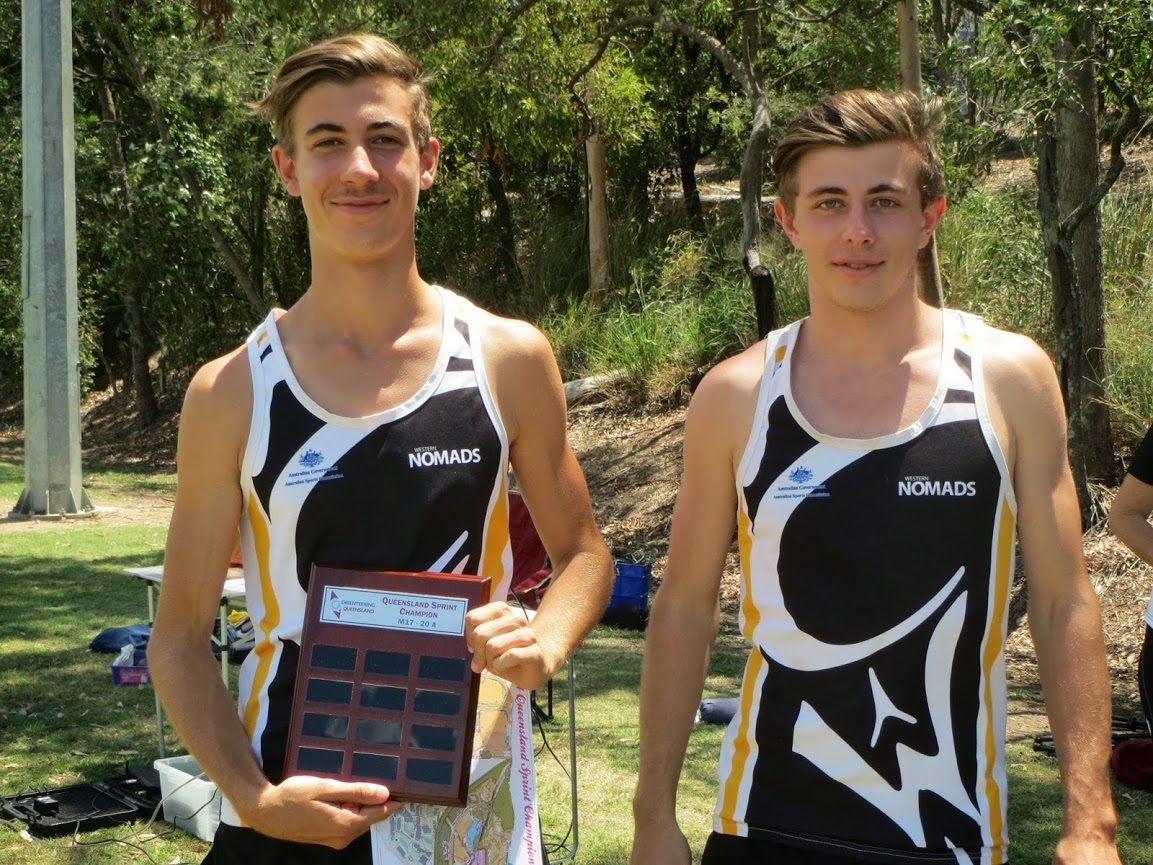 The WA Nomads elite orienteering team, represented by West Leederville brothers Oscar and Henry McNulty, was very successful at the first National Orienteering League events for 2014, held in Brisbane over the weekend. On Saturday Oscar and Henry, who are both still Juniors, finished a close 2nd overall to the ACT team of Lachlan Dow and Ian Lawford in the sprint relay event, beating several older and more experienced teams.

On Sunday, Henry and Oscar finished 1st and 2nd in the Junior Elite individual sprint race. The Juniors were running the same course as the senior elites, but Henry's time of 19 mins 58 secs for the 3km course was fastest overall and Oscar was third fastest in 20:26, with only mutliple Australian international representative Simon Uppill able to split them in 20:10.