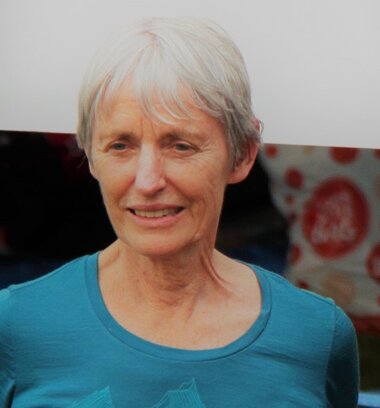 Carol Brownlie was also unanimously approved as a life member of Orienteering Western Australia by attendees of the 2021 AGM on 14 March.

The proposal had been prepared without her knowledge - not bad given she was Secretary of OWA and had prepared the agenda.  Edward's citation for Carol has also been amended following information provided by her husband.

Carol Brownlie joined WOW and OWA in 1987/88. Since then, Carol has supported OWA at every level from volunteering at events, leading her Club, WOW, Association Secretary and the running of two National Carnivals. This is on top of being a successful competitor winning over many years numerous State and National competitions.

We will all know Carol as OWA’s Secretary, as she has fulfilled this role on and off, on four separate occasions over fourteen years (1992-96, 2007-11, 2017-18 and 2020). The Secretary is responsible for the membership, the running of council, awards, direct support to the President, plus much much more, which was all “just made to happen”.

Carol was coaching convenor at the turn of the century (1998 – 2001) and a Level 2 Coach coaching over the years both within OWA and in our schools’ programmes. For many years, she was a key organiser of the annual women’s training camp. Through her skills, experience and enthusiasm many people have been introduced to the sport. Her generous and friendly coaching style has made her a popular coach helping all who she mentors to push boundaries actively adding to their long-term growth and enjoyment of sport.

Carol was editor of our newsletter for seven years. In pre-Eventor days, Split Times was our main communication with the membership. Most importantly it had to have of all event entry details and directions, which had to be cajoled from half a dozen different event organisers ahead of the print deadline. Carol has remained undeterred by the experience and is today a co-editor of the weekly Enews.

In recognition of her all-round achievements and dedication for nearly 35 years, I recommend to members that Carol Brownlie is awarded Life Membership of Orienteering Western Australia.

On behalf of OWA Council