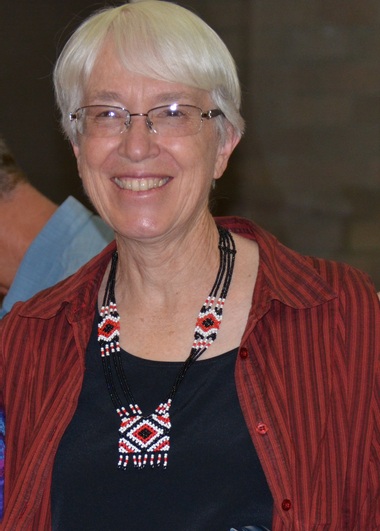 Jan Fletcher was unanimously approved as a life member of Orienteering Western Australia by attendees of the 2021 AGM on 14 March.

The proposal had been prepared without her knowledge - quite a feat when she is Vice President of OWA.  Edward had worked with people to prepare the citation (now amended following Ian's input):

Janet Fletcher joined LOST and OWA in 1979 after being introduced to orienteering while living in Canada. Since then, Janet has, for more than forty years, been a very active member of the Association, supporting events, coaching, organizing and leading on Council. Janet has had her share of sporting success since winning the Open Women’s title in 1983.

Janet has been a Level 2 coach for many years and is known for her commitment to coaching junior orienteers. Through her skills, experience and enthusiasm many people have been introduced to the sport and has been a key organizer over the years of both the annual women’s and junior training camps. During the last decade, Janet was coaching convenor for six years from 2010. Janet has subsequently been the main force behind the WA Schools Orienteering Championship, OWA’s annual Junior Camp and has been Manager of the Sporting Schools program, through to the present day.

Many of us are unaware of the Sporting Schools work that Janet manages. This is a National program run by the Australian Sports Commission that injects money into junior schools to introduce their pupils to new sports, such as orienteering. The challenge has been the unpredictability and geographical diversity of the enquiries from across the State. With a small team of coaches and mappers, Janet has strived not to disappoint any school even if they were as far a field as Kalgoorlie.

Janet has also focused on the training of coaches, in particular the training of Level 0 coaches within the teaching community, to give them the tools to teach orienteering away from OWA’s support.

Aside from a year as Newsletter Editor in 1983, Janet has been continuously involved in Council since 2010. In 2016, Janet was elected Vice President but within weeks she was asked to stand in as Acting President for that year and, in 2020, Janet stood for another term as Vice President.

Over the last four decades, Janet has been regular organizer of bush events. In 2014, Janet was one of the organisational leaders of that year’s National Championships, the Karrak Carnival. In recent years, Janet has project managed the new Anytime Orienteering permanent courses under an ASC participation grant.

In recognition of her achievements and dedication over the last four decades, I recommend to members that Janet Fletcher is awarded Life Membership of Orienteering Western Australia.

On behalf of OWA Council